Diamonds have been fascinating the people since times immemorial. Emperors, warriors, etc. have crossed limits to possess this brilliant stone. They have killed, lied, stolen and even cheated each other to become the owner of this gem. One of such diamonds which is famous in history is the “Kohinoor” diamond.

Kohinoor has been transferred over to the next owner in an interesting manner each time. It has a list of owners until it finally reached London as a gift to the Queen. It is one of the largest diamonds in the world and perhaps the most popular one. It was mined in Andhra Pradesh area of India and was owned by the King of Malwa. It passed over the hands of many until finally, it came under the possession of the Mughal emperor- Sultan Babar. He passed it on to the successive Mughal kings, including Shah Jahan, the famous king who built “Taj Mahal”. When India was invaded by the Persian king Nadir Shah, he took over this large diamond and he was so overwhelmed to see it, that he named it as Koh-I-Noor which means “mountain of light” in Persian language and this was how this enticing gem got its name!

This possession passed on to the future generations until in the 19th century, the British had established their rule in India and they owned this gem. The chief commissioner of Punjab had this majestic gem in his possession and he immediately dispatched it to Queen Victoria in London, who decided to display it in the Crystal Palace Exhibition. Viewers were disappointed due to the gem’s lack of brilliance and hence the Queen ordered it to be re-cut. It was then, studded in the crown of the Queen, along with other 2800 smaller diamonds. These days, this great gem rests in the Tower of London along with the rest of other royal family’s jewels.

Kohinoor’s value is very difficult to calculate. It was never sold and just passed over from one hand to the other. Its famous history and colour, clarity, size etc. make it almost priceless piece. It is the most important part of the Queen Mother’s crown and they value it like no other precious stone.

There are so many stories associated with this gem. Some people believe that it had brought bad luck to its owner and he eventually had to lose his life, power and prestige. Shah of Persia dies in palace revolt when he tried to defend this gemstone. Likewise, King Ranjit Singh of Punjab (an Indian province) suffered misfortune and misery when his empire was invaded by the British. The entire royal line had eventually vanished because none of his 8 descendants produced heirs. One legend about this gem is that the one who would wear this would rule the world. The only people who wore this and were alive to tell its story are Queen Victoria and Queen Elizabeth. Though none of us is aware of these legends associated with this gemstone are true or not, we just wait to see who wears it next. 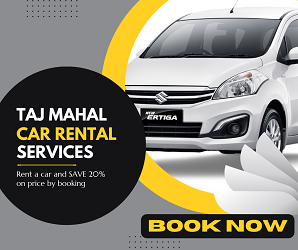